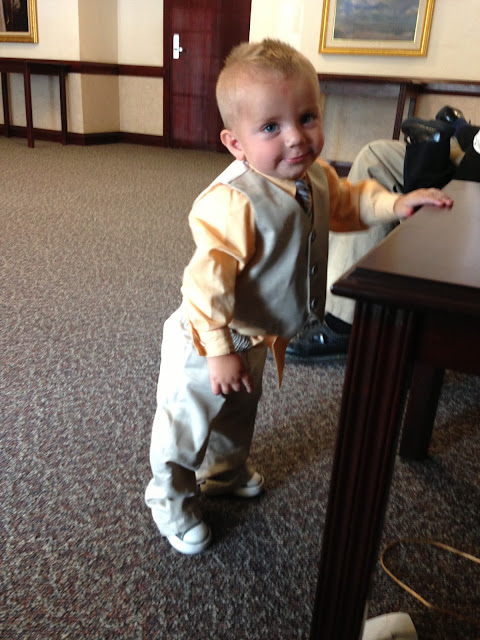 At Houston's one year check up he was in the 100th percentile for height and 50th for weight which is almost exactly like Peyton  It is fun to compare these two and see how different they are.


* He says Hi to everyone whether they notice it or not. Every morning when I go to get him out of his crib. I open the door and he is standing there and says "HI". He also says Thank You, Mama, Dada, Uh Oh, No, Ball, Balloon. We are working on Kilo, it sounds like KKKKK. I'm trying to teach him Peyton, but he just laughs every time I point to her and say her name. He mimics a lot of her sounds. If Peyton screams Houston screams. If Peyton sings Houston attempts. If Peyton growls Houston growls.

* He is walking all over the place! He actually started walking a few weeks before his birthday. I was hoping he would be a late walker, I guess if you compare him to Peyton he was ;)