By The Halls - May 14, 2012
17 Months
1 more month until nursery! WAHOO!
Church is awful, Peyton just wants to play or sleep and she can't do either so she is not a happy camper.
A few things to note:
When she gets out of the tub she says COLD about 20 times incase I didn't know that's she's cold.
When we get into the car she says HOT 20 times incase I don't know it's hot. She also blows as if that will cool down the car :)
She tells me play, outside, slide, oatmeal, taco, drink, water. She is putting two and three words together. Understand what those are is the trick. Yesterday Mike, Pey and I were driving and she kept saying. "I know this guy" Mike and I were like WHAT? After a few tries we finally figured out she was saying "I know the sky"so her sentences don't make sense most of the time, but she is just a little jabber jay.
17. 5 Months
My little girl is now speaking in sentences. I wish she'd stop growing up. She now says "I want to/a....." I want a snack is the phrase I hear the most :) 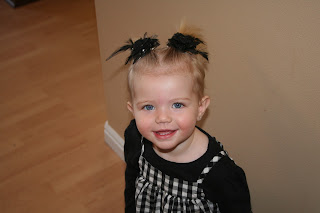 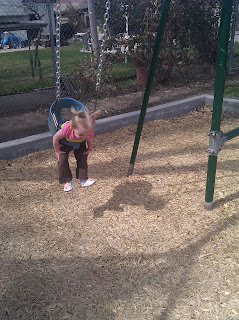 The name of her body parts
Some colors
How to scream and does this for no reason at all....
That there is a park just out the back door and that se can see the slide from the side window.
There is a baby in my belly, she also thinks there is one in her's and will show you her belly button
She can go around the room and get fed from anyone, especially ice cream
When she toots she calls it a stinky, I'm trying to teach her to tell me when she has pooped it works sometimes
Saying Ma Ma a billion times in a row will just make me laugh for the most part
There are always cheese, apples and water and in the fridge on her level

Things I have learned:
How smart she really is. Everyday I look at her and think where did she learn that or when did she learn that and even HOW did she learn that.
Not to give in when she is fake crying or whining i'm still working on this for the screaming
It's okay to give her lots of treats she isn't going to die
Sometimes pajamas are as far as we get and that is okay
That she is a daddys girl through and through
She is and endless pit, I've never had her tell me no when she is full, In fact I've never seen her full
When she moans her self to sleep its her way of singing (I think)
If you feed her with your hand she might bite you
She is very stubborn like her mom
She is a bundle of endless joy
Patience and I know this isn't the end of this lesson 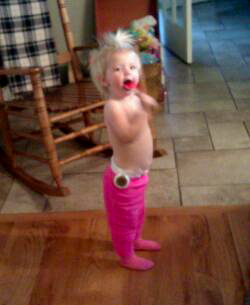 A few friends and I went up to City Creek. While in the new Disney Store Peyton had a little Minnie Mouse moment.


I found out that Mickey and Minnie were going to be there and decided if Peyton loved a stuffed Minnie so much how would she like to meet them in person?
We drove up and sat in line for an hour and a half. Peyton was pretty good which was nice even though it was very windy. We got in the the room where Mickey was. I was a little disappointed it was Mickey not Minnie because Minnie is her FAVORITE! As soon as she saw him she couldn't take her eyes off him. She had NO clue what to think. It was her turn and I put her down and she just stood there frozen solid. I scooted her closer and she gave him a hug and then a kiss :) She was in shock! We took a few pictures and left. After leaving the room she just kept saying Mee Mow (Mickey Mouse) over and over. I can't wait for Disneyland in January it really can't come soon enough! 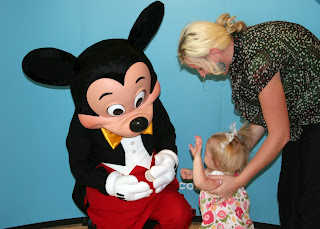 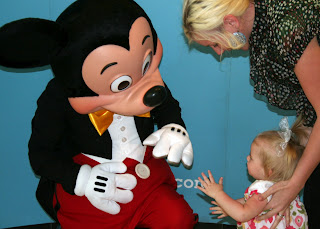 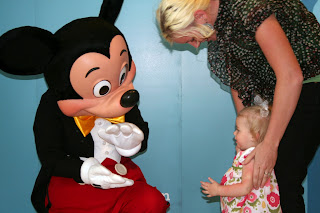 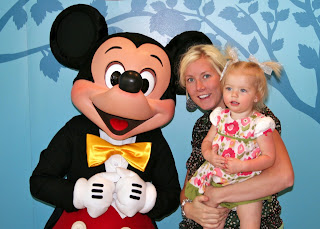 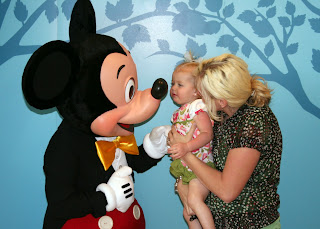 Playing peek a boo in line with Dad. 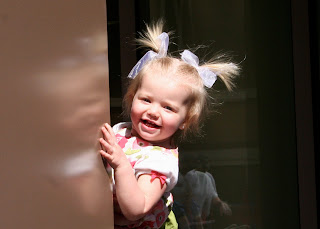 EASTER 2012
Sat.
I'm putting these together because I'll never get it done, if I don't so bare with me it's going to be a long post. 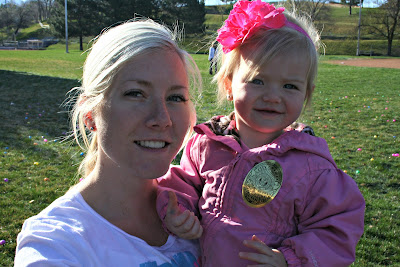 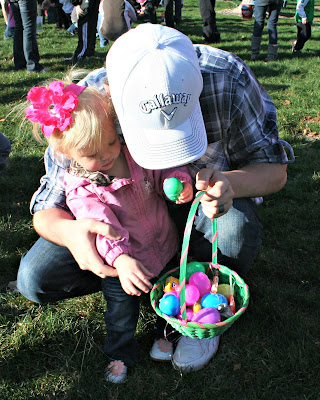 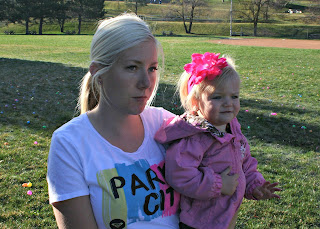 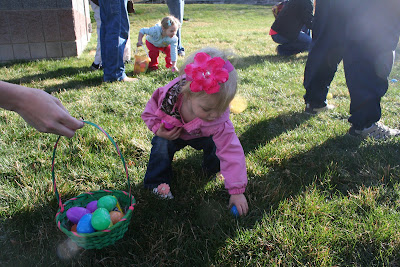 Mike and I were trying to decide if we should go to an Easter egg hunt. I got a lot of NO's on the matter and kind of decided against it, but after talking to my wonderful Mother. We decided to just try one out. Lindon city sounded their fire engine which scared Pey half to death and ran straight for my legs. Once she realized she could now go get the eggs  she was fine. She didn't understand picking up multiples she just wanted the ones in her hand. I had to take them from her and tell her to go get more. It was over in a matter of a minute, but we made out like bandits! Then she realized there was candy (nan nee) inside and she was ecstatic.

We hopped on over to get some delicious Kneaders french toast that Mike had never had!! I was shocked! If you haven't had it it is a must!
That night we dyed eggs with my little brother Dane :) Payden and Annette came over to join in the fun.

Sun.
The Easter Bunny came to our home!

When to Church and that was a NIGHTMARE! Church is so hard right now. She has two months till nursery and we can't wait. All she wants to do is run around. I've learned not to let her do this, but it has been a struggle. It is also her nap time so she is so tired and onry, but won't fall asleep in my arms. At home I just have to tell her nigh nigh and she lays down and goes to sleep. Any where else I hate nap time. Mike takes her durring Sunday school and I take her durring RS.  My Sunday really has lacked learning and feeling the Spirit. I am so grateful for little videos like this.

We went to my parents for Easter dinner and had a delicious feast. My brother served his mission in Romania and we do a tradition where you crack red hard boiled eggs to see who has the toughest egg. Kind of like a wish bone thing. Here is a better explanation.

Peyton was in her Easter dress and I wanted some pretty pictures. So we found this field by my parents and snapped some cute ones! Good job Mike and the photo taking! 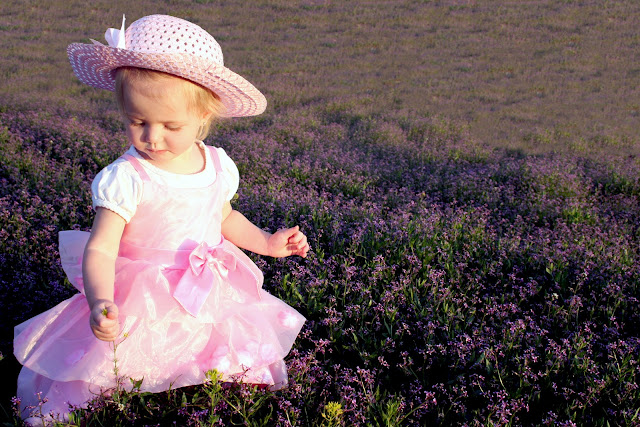 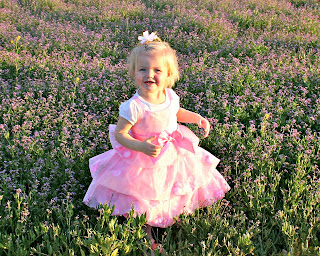 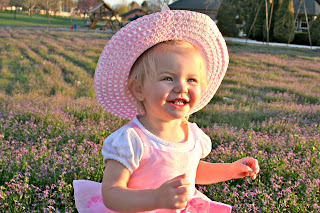 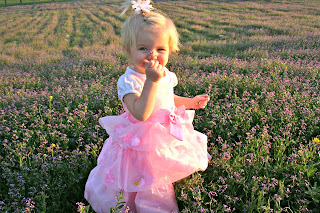 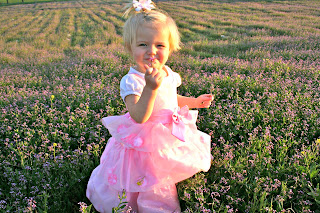 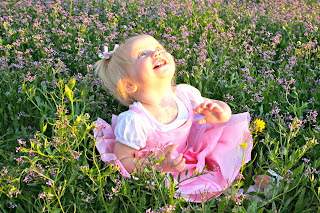 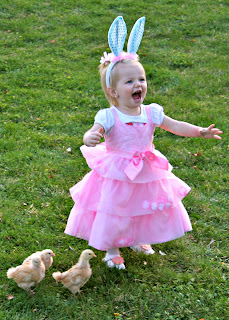 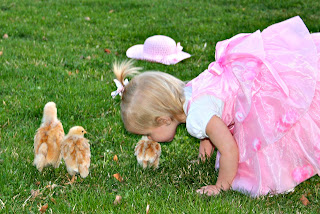