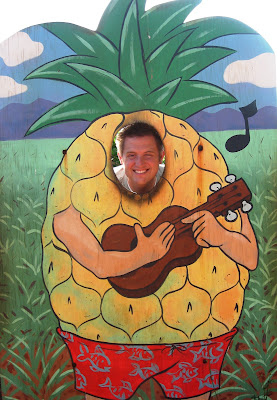 We started our day off with an adventure to the Dole Plantation. I was really excited for this because I knew they have Dole Whips there!! We drove along the shore line on the beautiful drive to the plantation.  We started off by going on a train tour through the plantation which was pretty neat. I was a little bummed that they had just harvested ALL of the pineapples. Which means for a lot of the tour it was fields of dirt, still very pretty though if you can believe that.


Then we walked through the garden and saw all of the beautiful flowers!

Amanda, Mike and I did the pineapple maze which started out to be pretty awesome, but then we realized how big it is and might have taken a short cut or two, but it was still cool to see and now I can say I've done it!

For our reward we got dole whips! Mike got the dole whip float which was in a cute souvenir pineapple that has a top like a piggy bank :) I got a waffle cone of course! It was everything I had hoped for!

Then we headed back …
1 comment
Read more
More posts