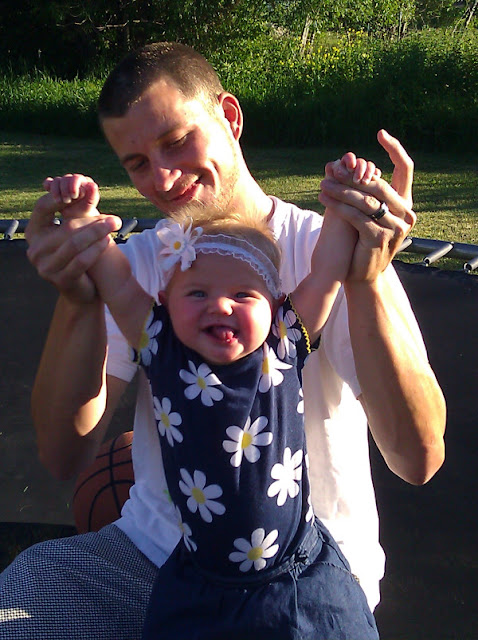 I have lost my camera, so I had to improvise with what other people have taken.

Friday
Heathers Birthday Party up in Midway. It was so fun and way beautiful. We played volleyball and ate some delicious food!
Pey hung out and jumped on the tramp with uncle Colby.

Saturday
Went to Transformers with Colby, Phil and Mike. Payden was on a fire just in case you were wondering.
Later that night we went to Dinner at Terra Mia with The Halls.
Then to Stadium of Fire!!! We took Pey, maybe I'm a bad mom. She liked the fireworks though. We were nervous about her little ears. I got out the shooting muffs and when she had those on all she could do is stare at the fireworks. No smile and no tears just pure fascination!


Monday
We all woke up around 5:30 and headed to Provo for my Freedom Fest 5k. It was amazing and so fun. I will do it every year as long as I am not with child.

I wanted to stick around for the big Provo Parade, but I was ST…
3 comments
Read more
More posts