A love questionnaire for Valentines Day! 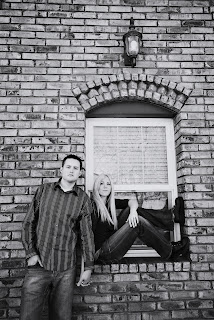 1) How We Met I don't remember the first time I laid eyes on Michael, he just remembers I was a weirdo! It was at a Brand New Concert in June of 2006.  Officially we met again December 19th 2006 at Colby Dankleffs birthday part at Fridays in Provo. I didn't like Mike he annoyed me. Eventually he asked my friend Kiley for my # and you know the rest.
2) Our First Date This is also a little complicated. We hung out before we actually went on a date. We could count the first time he paid for me at Bombay house. I like to count when we went bowling with Tyson on a double.
3) Our First Kiss I thought it would be after the date, but unfourtunatly I had my most embarresing moment when the door scene came... A few days later after hot tubbing with his friends we were in his room listening to Dashboard and he kissed me :)
4) How We "Knew" We both KNEW on our way home from Vegas, Yes just 1 month of knowing each other.  We didn't tell each other because that would have been weird.…
2 comments
Read more
More posts