I keep saying oh its was my favorite day no this. Ok this was one of my most favorite days!
Makai Golf Course
I tagged along with Mike, Michael, Adam and Jason. We all got in the Jeep and headed to Makai in Princeville, HI it was oh an hour or two away from where we were at. Michael was driving and we kinda got lost, but that's okay oh and a bus driver gave us the bird :).
We arrived and hurried and warmed up. It was breath taking I think next to surfing and swimming with sting rays it has been one of the most beautiful and amazing things I've ever done.
Here we are all warming up and stretching. 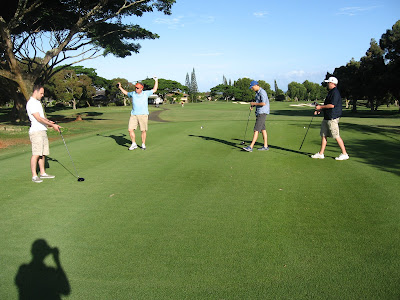 I forgot to metion this was Jason's first time golfing and Adam doesn't go much.
They both did amazing by the way! 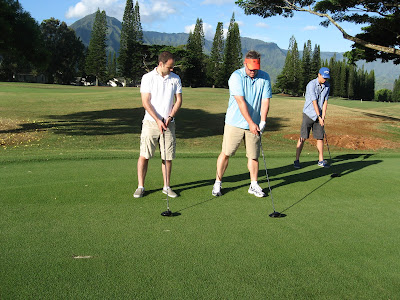 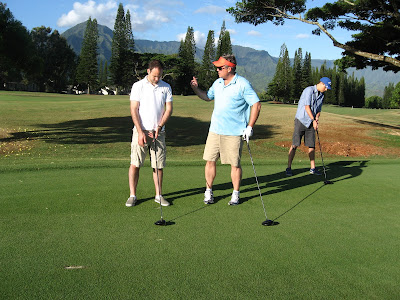 Michael taking on the first hole. 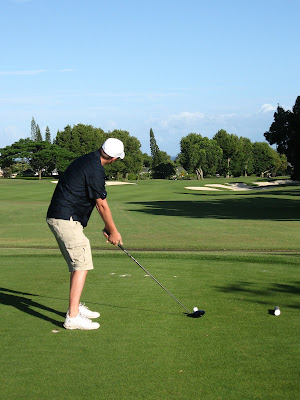 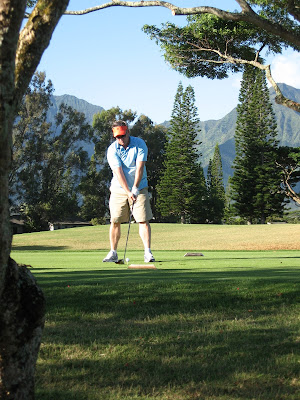 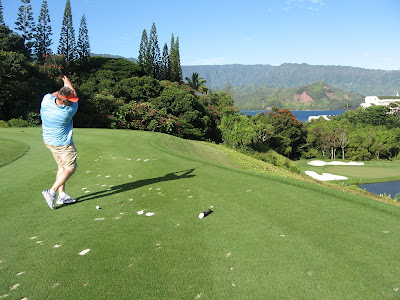 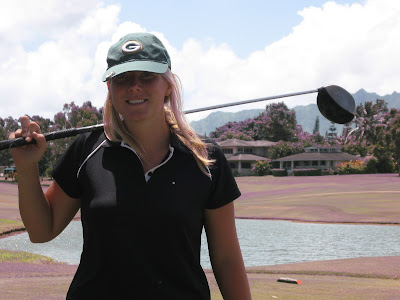 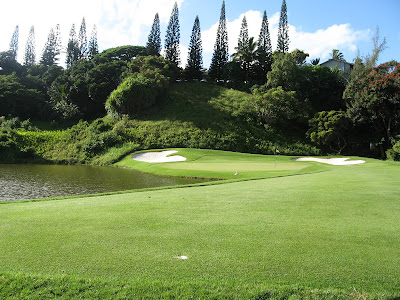 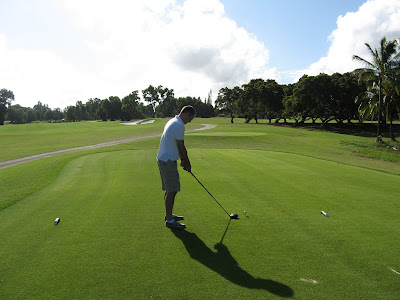 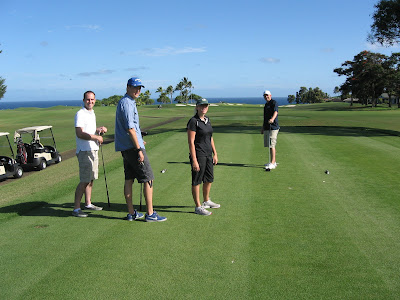 That is the ocean in the background. These pictures don't do justice. 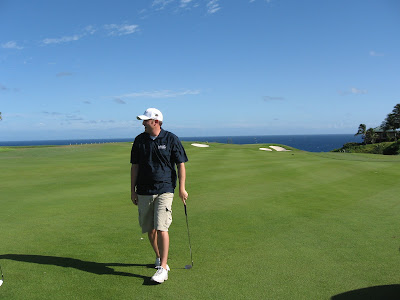 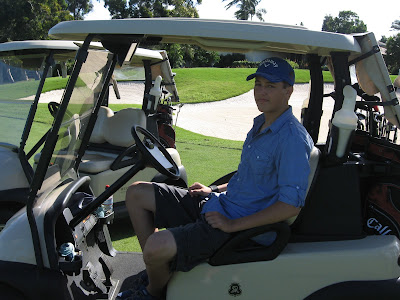 Right were Michael is standing it drops down and it is an inlet of the ocean, you have to hit it over that. Amazing! 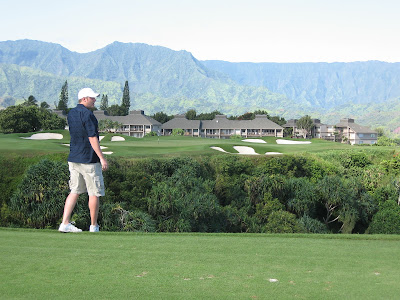 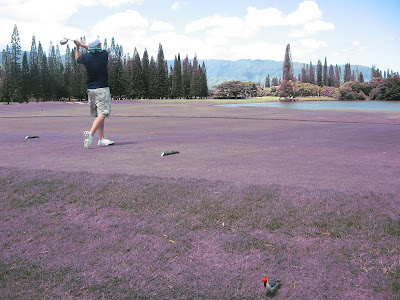 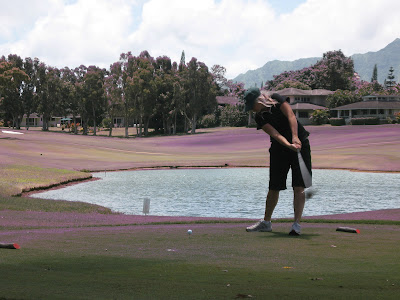 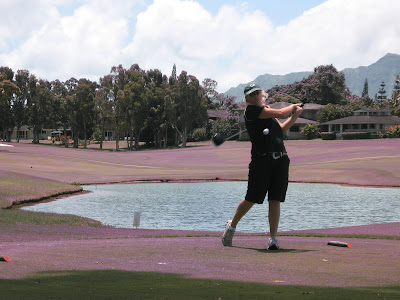 It was an amazing day, 18 holes were conquered by The Halls! They even gave you moist towelette when you finished. They were soaked in cucumbers.
That night we went to the Smiths Luau. Where they buried a pig in a pit and cooked it! We then ate it what is called Kalua pork. It was amazing and for me that is saying something coming from a non pork eater. 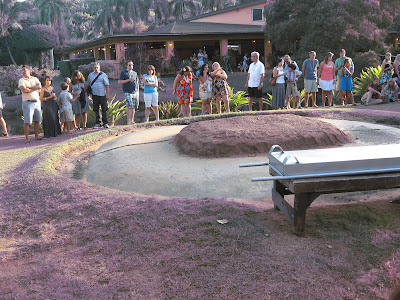 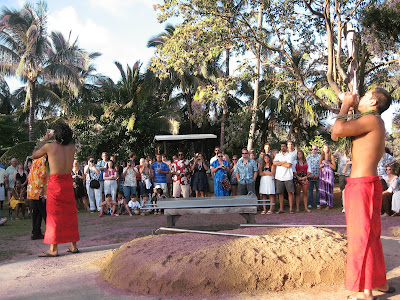 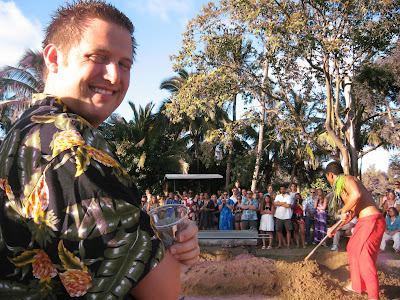 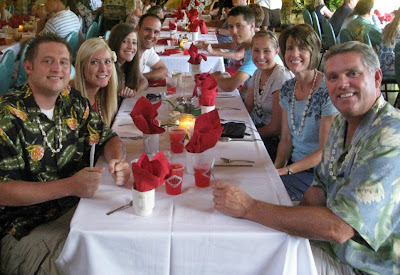 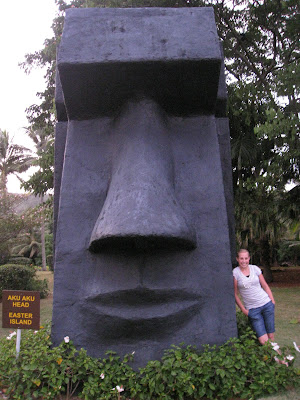 It took a few times for the drunk guy to get a clear picture. 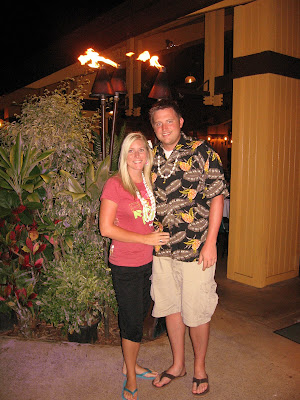 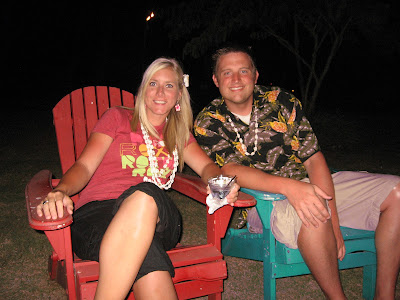 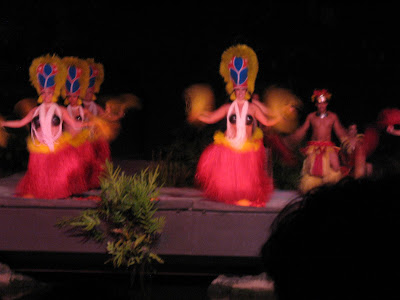 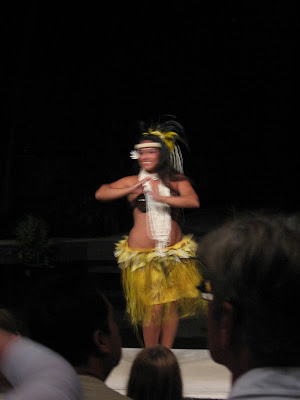 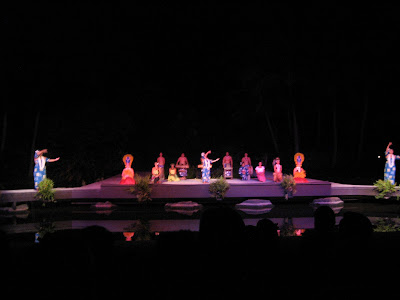 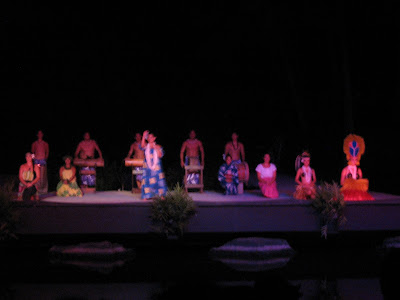 Luau's are amazing, I wish I could shake my hips like that!
Hawaii day6 - slideshow maker with music
Hall Family Hawaii