By The Halls - November 21, 2011
tI've been thinking lately that I spend a lot of time doing a whole lot of nothing. I mean I don't sit in the corner and stare at the wall kind of nothing, but nothing that is going to benefit my life. I want be able to look back in 5 years and accomplished something other than making a really cute daughter. I have decided to re-evaluate my time. Now that Fall is here and Winter is soon on its way. I need a plan... I am worried that I might go stir crazy. My Mom keeps telling me to get a hobbies, so here's to hobbies and goals!

1. Read the Book of Mormon by Christmas. Our home teachers were over and read us the First Presidency Message for October. Precious Promises of the Book of Mormon. I had a really strong feeling it was something I need to do.
I was reassured this feeling again tonight by Elder Mathew Halls letter. I cried like a baby when I read this. I hope to one day serve a mission.


"I wanted to share a really special experience that Elder Leo and I had yesterday.
Here in Jardim da Penha (where we go to church each week) we have Sisters who are now in the area. Sister Powell and Sister Michelotto are two of the four. Yesterday they asked us to visit a man with them named Pedro. Pedro is a 94 year old man. He is the founder of the Presbyterian church here in the state of Espirito Santo. He has a grandson  that is a bishop in São Paulo and a Great Grandson who is serving a mission right now for our church but he has never met the church. He had his first contact with the sisters a couple weeks ago and was able to come to General Conference and hear the Prophet's voice. Since that time he has been progressing quite well despite his position in his church and has received an answer to his prayers that ours is in fact the true church on this earth. The Sisters explained that Pedro had a lot of questions about the Priesthood and they thought that Elder Leo and I could help him to understand a bit more being Priesthood holders. As we sat down with this incredibly sweet and ... ancient man. We taught about the Priesthood power and authority in the time of Christ and how it has been restored in our days. Teaching him that he too would receive this authority after his baptism in the Church of Jesus Christ. The spirit was very very strong in this lesson - stronger than I´ve felt in a long time. Elder Leo and I continued boldly testifying and we invited him to be baptized. He started to explain how hard a change like this would be in his life. First off he is 94 years old... Second his responsibilities in his church are more than few. When He said this I felt really strongly to share with him the passage in the Bible in which Christ commissions his disciples to follow him. The Scriptures say that "they straightway left their nets and followed him". I testified that Christ was asking him to follow him more perfectly and become a true disciple, that he would have to leave behind his nets and straightway follow without delay. The spirit was very strong as I looked straight into this mans eyes inviting him as a representative of Christ to more fully follow him. Pedro explained that after this week he will be traveling for about a month. The spirit was so strong so we invited him to be baptized this next Sunday! That's a little uncommon seeing as we usually have to have people interviewed for baptism one week before they can be baptized but this man falls perfectly within the requirements of D&C 20 37. This Sunday he will be baptized. I fell in love with this old man and he strengthened my testimony. =) Yesterday was one of the highlights of my mission - a very special experience.
I know that we too must at times examine our lives. Find what nets are between us and the Savior. I encourage you to think of something that might be between you and serving the Lord more fully. Leave behind those nets. They might even be something good but something that you could give up to serve the Savior more fully." 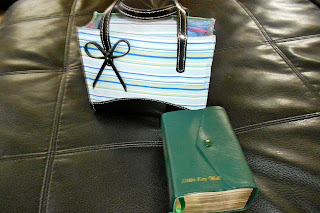 2. Craft. I made a few Halloween decorations this year and Pey a skirt and some bows. I have a whole list of things I want to make it's just a matter of getting to courage to attempt. Girl and crafty and all that is not normally my style, but I'd like it to be. Well at least a little.
Kristen and I got to got together and made these cute beauties! 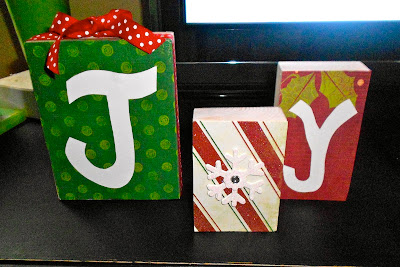 3. Cooking. We eat out way too much! It's so hard when we have a JCWs just down the road. I got a wok for Christmas last year and the only thing I know how to make with it is Stir Fy. I am going to take more and more cooking classes. The Indian one I took was fun and I can't wait to attempt the recipes.
5-C Soup a Hall/Wilson Family recipe. 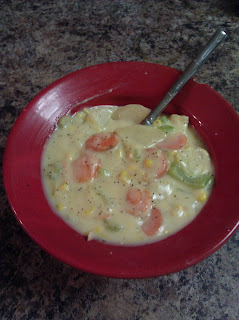 4. Kilo. Training is still under way. He is so much better than he was when we first got him. I just hate how excited/disobedient he gets around new people and other dogs. He is still considered a pup for another year so I guess I can't blame him too much.
Pey just playing with her pup. 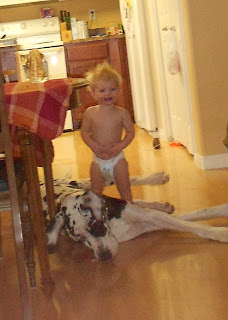 5. Internet. Spend a lot less time on Facebook, DinosaurHands, Mousewait, Twitter, Imagur, Ksl, Blogger, Glitch, Micehchat,Youtube and many more. I think some moderation here could be good. I don't spend my life on it, but I feel like its part of my every day routine. 6. Temple. I go at least once a month with Mike, but I think I'd like go alone or with my friends during the day. 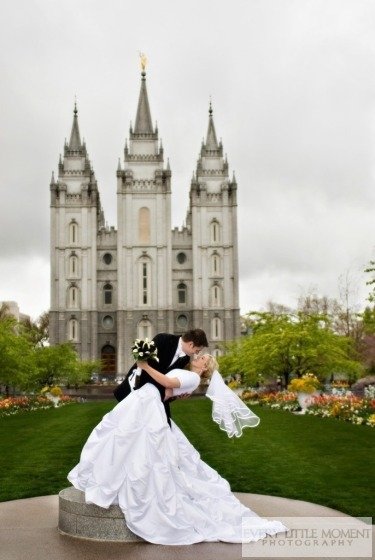 7. Music. I have no idea how to read a single note. Peyton just loves it when I attempt to sing to her. I would like to learn to play and instrument or even just read a few notes of some sort.
Mikes Guitar not being used, hanging out in the guest bedroom. 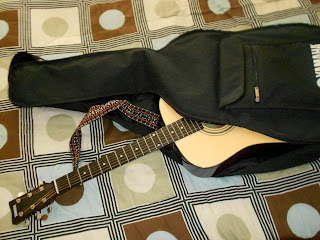 8. Service. I feel like I don't serve enough, I've always wanted to go to a soup kitchen. I am a little scared I know that is a dumb excuse.

9. Health. Working out is getting harder and harder the colder it gets and the older Pey gets. I still go as much as I can. I am trying to eat better too. Which is hard because I really eat the crappiest food. I think if I logged what I ate everyone would be shocked... Oh well at least I get one healthy thing a day right?
Green smoothie that's not really the color green. 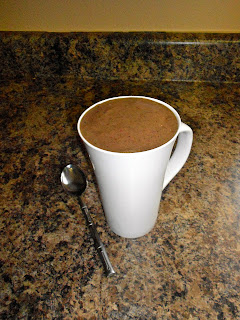 Esplins said…
I wish I could just quit my job and come join you! I'd love to do all of these things along side of you. Good luck developing these hobbies. I know you'll do great. And thanks again for the lasagna. You're really too sweet. It was much appreciated.
November 21, 2011 at 10:54 AM

Arica said…
Cutest picture of Peyton with your puppy...Thanks for the thoughts about the Book of Mormon. I totally need to be doing that myself:)
November 21, 2011 at 2:34 PM