By The Halls - April 11, 2011
My friend Amy was getting married on Saturday and I wanted to go, I've never seen the San Diego temple and I have always love it and wanted to. I talked me to my brother and sister-in-law and they were IN! We decided to go to Disney for a day and make a trip out of it. They we remembered it's better when you take an even number of people and who not better to take and a 10 year old Disney lover. Dane.
I was stressed Thursday morning because I not only had to get my self all ready to go, but I was leaving P for a few days and laid out all of her outfits and things Mike would be needing. I was also a bit emotional. I've never left her for longer than 6 hours.
Ashton and Whitney picked me and P up around 2:00 and we headed to my parents. I gave Pey a kiss and then the tears started to fall so I quickly left trying not to make a scene. I was quickly distracted because we had to go check Dane out of school. He didn't know about this little adventure we were about to embark on. He got in the car and was a little "weirded out". We told him that we were going to a free movie in Cedar city. We played 20 questions on the way and tried to clue him in. He never did figure it out. Finally we told him by showing him Whitney's Facebook status of "Driving to Disneyland and my 10 year old nephew still doesn't know where were going."  He smiled and laughed and said I knew all along. He kept saying "You wrote it in the sky". What ever that means :) okay maybe we did for the last few weeks we've been hinting. And Dane told us that my Dad gave him a hug before he went to school and said "I'll miss you." So Dane had been wondering what was going on all day at school.
Dane in Whits sunnies. 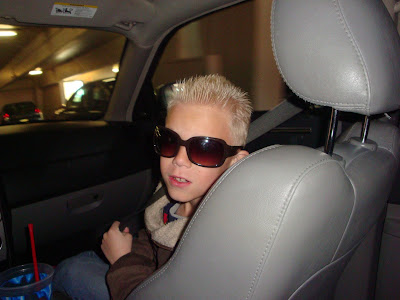 Sooo we drove and drove and stopped in St. George to do a little outlet shopping and to see my bff Chelsie of course! Then we were on our way to Las Vegas. Dane had never seen the B as like to call it. Bellagio! We went to Fremont street too so he could see all impersonators and crazy stuff there. He liked all of the lights. We saw a group of Drag Queens luckily he had no idea. Now this brings me to a story of my first encounter, I've never seen a drag except on T.V.
My favorite hotel in Vegas the Luxor. 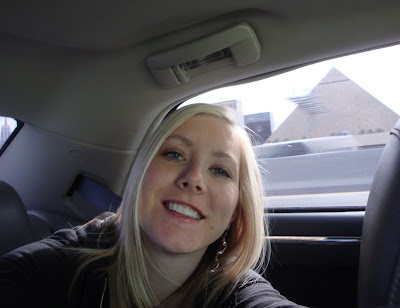 It all started when I just left the stall in the bathroom and was walking to the sink to wash my hands when this Grandma perfume fill the air. I looked and to my dismay saw a man dressed as a woman in the ladies restroom. AWKWARD! A lot of women were like UHHHH.
I almost forgot, we kept playing 20 questions and Ashton gave Whit her new camera she knew about, but thought it didn't arrive before the trip, but it sure did! 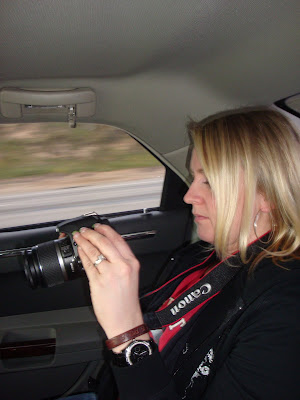 Then it was of to our hotel Circus Circus, it's Whits favorite sadly we didn't get there till midnight so everything was closed. We went to bed.
Woke up around 8 and headed to Cali. This guy in the elevator turned to Dane and said "You gonna do some gambling today"? Dane shook his head No and I said to Dane "tell him where your going". Dane said DISNEYLAND!" The guy said oh fun. Then he turned to me and said "He's adorable."
I said "Thanks"
Conclusion: I look thirty?? It must have been the way I said "Tell him where your going". I don't know because Ashton and Whitney were in the elevator too...
So then we drove and drove and drove to Cali and eventually got to DLAND! Now to the next post! 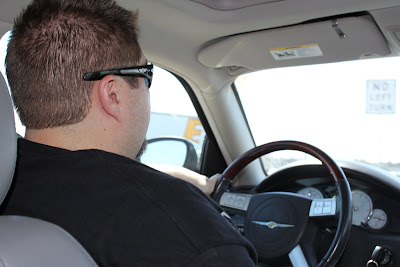 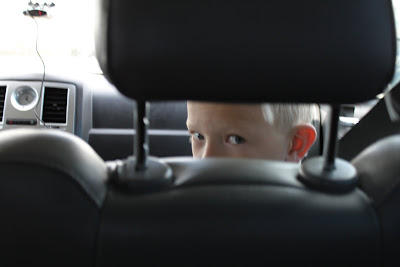 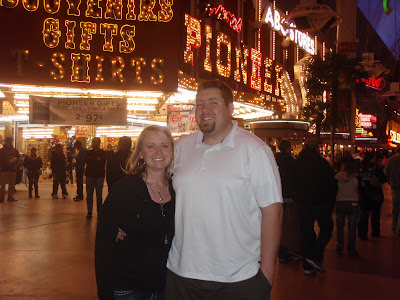 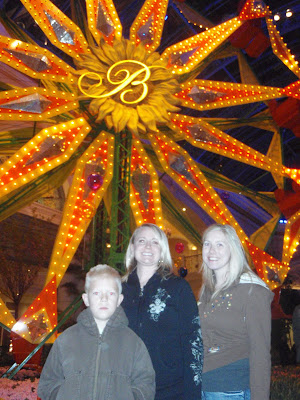 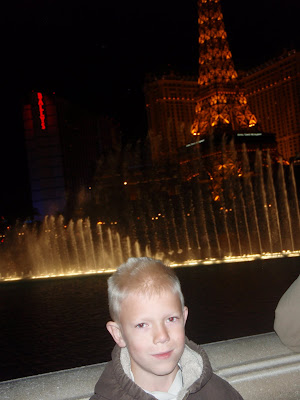