By The Halls - October 05, 2010
H2O World Tour
A friend of mine posted her tickets on FB for sale. I didn't buy any concert tickets previous because I get sick so often, but I was feeling great and we wanted to go! So we bought them and were on our way!

Mike and I both agree on these well known fact. Brad Paisley is an amazing song writer! Not only does he know how to really jam out on his guitars, but he is down to earth, friendly, hilarious and an amazing entertainer.


My camera died... because I forgot to charge it. So we got two pictures. 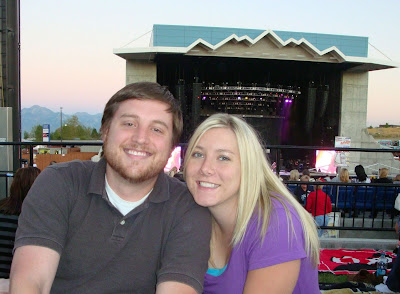 Annie and Brian Irwin
Friends we met up with at the concert!  Pretty rad people, if you don't know them you're missing out!! 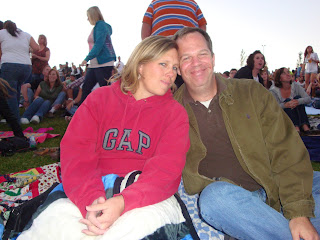 My playlist to the left are my favorite songs by him.
When he played She's Everything to me Mike said "This song reminds me of you." Cute huh!
When he played Wrapped Around I got emotional like I knew I would.
Then is my favorite song of his for now. Because it is so true.
I'm Still a Guy makes me think of Mike and I and how we are opposite in this. I hunt and well he doesn't for now.
Mud on the Tires makes me think how much I want a Chevy and how bad I want to go digging.
Alright you guys get the idea I have a lot of memories with all of his songs!

Brad came back to the grass seats during Letter to Me and talked about thats where he would sit when he went to concerts at that age. Such a good song!
He made some jokes and talk to the audience I really loved his concert. I will go every time he comes. He has me hooked! If you didn't go and love country, you should you won't regret it!

Darius Rucker ( lead singer for Hootie and The Blow Fish) opened! It was so cool to see him play. I will say Mike turned to me and was like umm who is this Black guy. No Mike isn't racist at all so don't take it that way! It was just funny because he was shocked because every other country singer is a white boy with a cowboy had on and Darius came out in a tee-shirt with a baseball cap on. It confused Mike and gave me a good laugh!!!
And when he say Let her Cry is about the time he figured out he is Hootie. :) Sorry Mike I had to let everyone know of your ditsy moment because they don't happen very often. 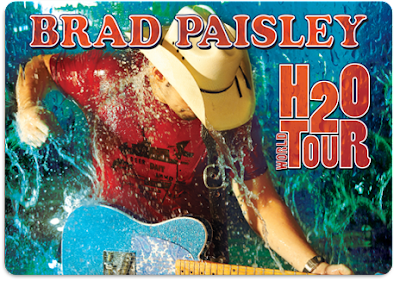 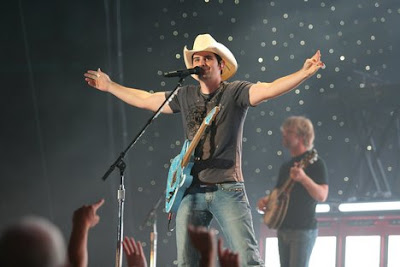 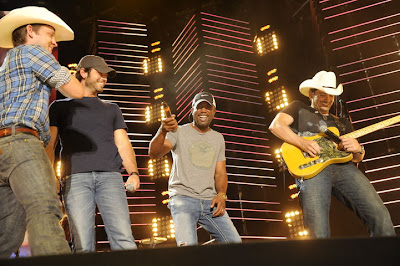