By The Halls - September 20, 2010
Mikes BFF Payden got two puppies this weekend! Yes the names are from Lost if you didn't know.
They are the cutest puppies ever!! Payden picked up Sawyer on Thursday night and brought him over to our house where you can see he pooped... He is a Sibearn Husky, he has one brown eye and one blue and and I have fallen in love with this dog!!! I will spoil him rotten!
On Friday Payden got called to a fire and so Phil another BFF voulenteered to pick up Eko. Annette, Mike and I left around 8:30 to Evenstan Wyoming. Sawyer slept on my lap the whole way up! He is such a good pup!
We picked up Eko and headed back to Utah. Sawyer didn't like Eko he kept growling at him. So when Sawyer fell asleep Mike put Eko on him and let him lick his face it was way funny, you can kind of see it in the pictures.

An update from today Sawyer & Eko are friends and no longer hate each other. Phil and Payden said they get really jealous of each other though. I am going to have a sleep over with them tonight!!! Mike doesn't know about this yet, but he will soon! :) I hope we don't have tooo many accidents in the house. I'm crossing my fingers! 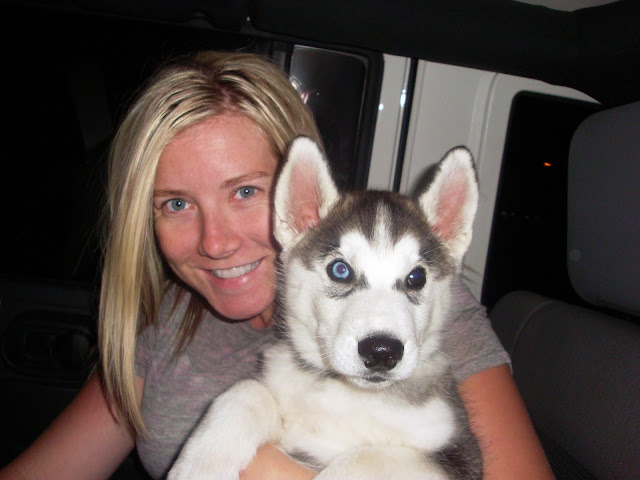 EKO!
The cutest boxer puppy ever! 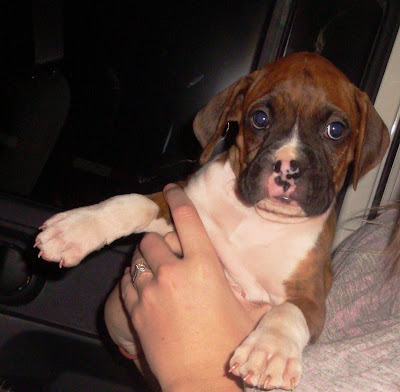 If you click on the side show it will take you to slide.com where you can view the pics in gallery mode which I think is a lot better. Just an FYI.

paislea said…
so cute. i want the little wolf one! he's so cute!