By The Halls - September 08, 2010
Saturday:
Mike and I woke up around 9:00 and went yard sale-ing! I really wanted to find a cute little chair and mirror for Peyton's room. I did find a few things, but not exactly what I was looking for. We got a clay pigeon thrower for $5 bucks thats worth a lot more than that!! I got a few Halloween and 4th of July decorations. Mike got a sushi kit that was brand new never used! He got a few more vinyl records for his collection and last but not least we got bar stools! We have a bar, but nothing to sit on.... Pictures of those to come on another day with all of the house photos ( I forgot I haven't posted images of our home)
Last, but NOT least! Mike has been bugging me to buy a grill. If you know Mike then you know he wants the best which means $$$ and I am not interested in spending $400.00 on anyone except Peyton :) 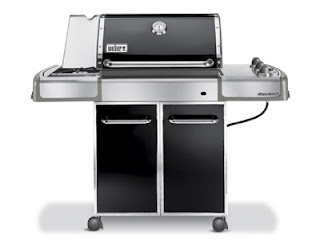 Lo and behold we were at our last stop of the day and they were selling a new WEBER  for only $100.00 and this is about the time he got his puppy dog eyes. And started saying look babe thats like $300 to $400 hindered dollars cheaper and its the same one! So what does that mean?? WE ARE PROUD OWNERS of a AWESOME grill!!! Which means BBQs with all of you coming soon!!! 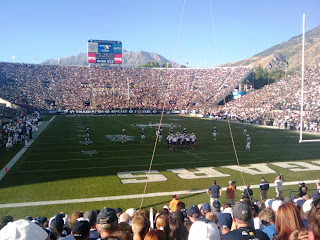 Frank called me and said "Hey what are you doing at 5:00" and I said nothing. He said I have 2 BYU tickets on the 17 row in the south end zone if you want them. Then he kinda chuckled because he knows my "love" for BYU football. I said yes we will take them! Sure i'm not the biggest Zoobie fan out there, but free tix to football um yeah i'm not gonna pass those up. And Mike would probably kick my butt, because unlike this UTE fan he is a BYU fan (sadly). 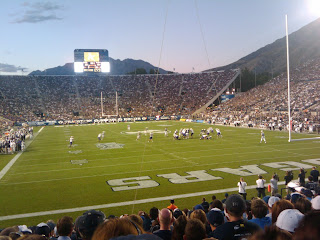 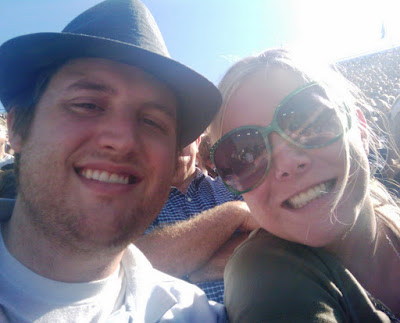 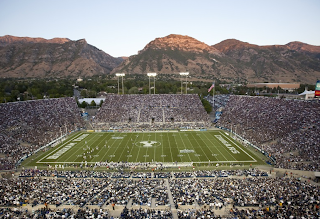 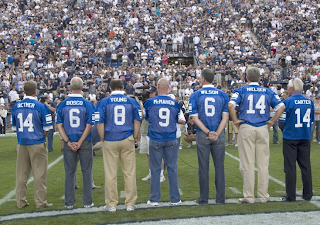 I am really glad we went because half time was really cool. As you can see from the pictures. I may not love these guys, but I will admit they are very talented football players. 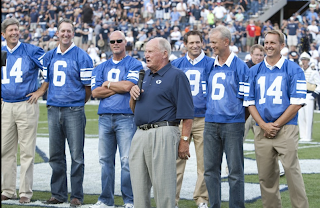 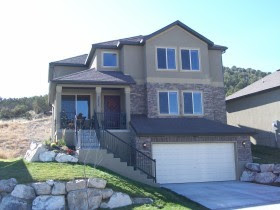 Mike and I have been called to teach the SUNBEAMS! We have been substituting and teaching the 4 year old for the last month and then the decided to call us to the primary. I thought we are doing awful, but I guess they didn't think so. :)  We got to teach our class for the first time and I'd say it went quite well!! Its funny how the primary songs just come right back to you. There are a few new ones I have no idea what the words are, but for the most part I'd say we do a pretty good job! These kids are so funny! They will tell you anything I think I am going to write down some of the stuff they say that makes Mike and I laugh. (that will be another post another day)
I had my patriarchal interview! Yes, I don't have it yet.... But I am getting it soon!!!! I cannot wait!
Then it was over to the parents for some yummy food!! We went and saw Ashton and Whitney's new home!! And took pioneer crossing for the first time which was awesome!
Monday: 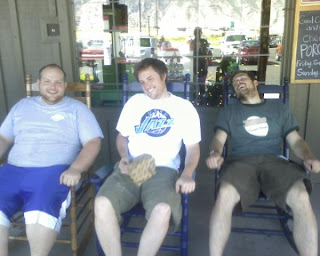 Slept in till 9:00 again! Our plan was to paint, but Payden was in town and wanted to see us. We went to Cracker Barrel and go some really yummy breakfast! MMMM HMMM! 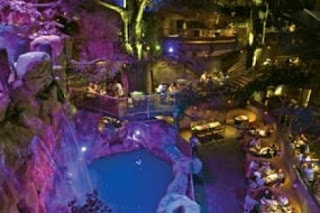 Casa Bonita AKA The Myan. My Cousins from Castle Rock CO are in town and we wanted the show them our version of their resturant. We found out it doesn't open till four... So we went to Hannas second favorite place Chipotle! Then It was off to Nordstrom Rack for Mike and I!!! The rest of the fam went to the Copper Mine, but Mike and I had already been there before.
Finally around 3:00 we got home to paint!!
At 5:30 we had the Wilson - Hall BBQ!! 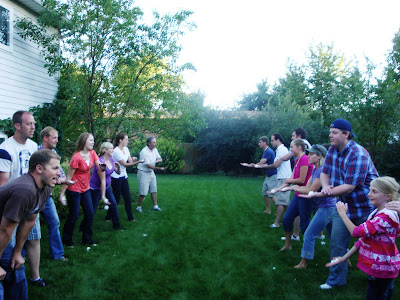 We played this really funny catapult game with whip cream!
It was a blast! 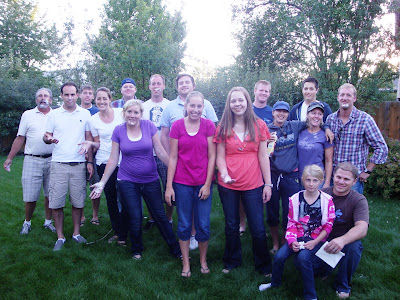 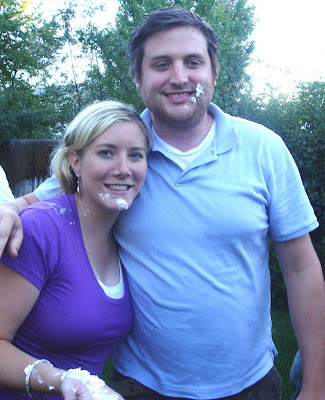 Then after that was over we went to Payden and Phils for another BBQ.
LABOR DAY WAS AWESOME!!!!
I just have to say I am so glad I was not doing what I did last labor day. We hiked Timp.
Sorry it was so long, but if you go this far I hope you enjoyed it!
Love - The Halls!

Esplins said…
What a fun weekend! I love love love yard sales! I too went to yard sales on Sat (up in Kamas) and discovered some great finds. Congrats on your grill!
September 8, 2010 at 3:21 PM

Whitney Parry said…
SOunds like you had a FUN weekend! I'm sure it was nice to have a few days off together. Thanks for seeing out house.
September 8, 2010 at 8:10 PM

Brian and Kayla said…
That was a fun post Nikki! It is really fun for me to see Sharolee post mission.

My family knows the Wilsons really well. My mom and Yara are really good friends. Funny how many little connections there are!

paislea said…
awe! this is so cute! it looks like you had a fun weekend. for whatever reason, i missed this post! so i'm catching up!!!

your pictures are cute! and your brothers house is really pretty! that's exciting for them!!