By The Halls - June 08, 2010
Ian, Stacey, Mike and I went shooting on Sat! It was so much fun other than being sick.... It was a gorgeous day! Blue skys all around! We usually go to this one spot, but it was crowded we found this other sweet place about 10 minutes away!

I love wild flowers! When ever I take my ponies for a walk on the canal I see a lot and I love them ( I'll blog about that another day). I saw these ORANGE flowers and I was like hey Mike look at those pretty orange flowers. Which is a big deal because I HATE orange. They were pretty though. He was like uh where? I pointed at them and he could not see them. Poor Boy is color blind. So here are two pics of the pretty hill side! I hope you can see them! ;) 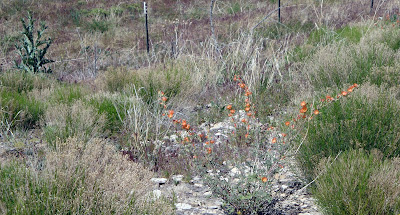 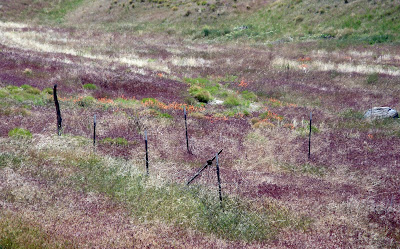 I just realized I didn't take any pics of my self oh darn..... Ha Ha Ha  I did shoot a sweet 9mm Glock! I shot the nose and the ear the rest of this art work is from Stacey! 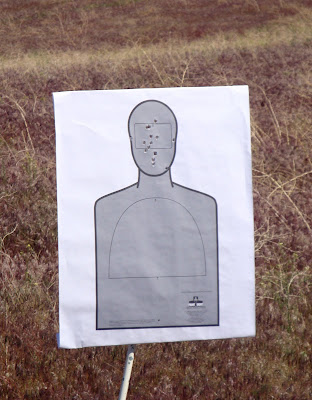 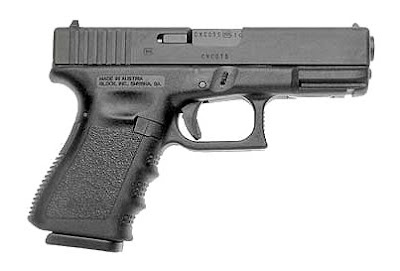 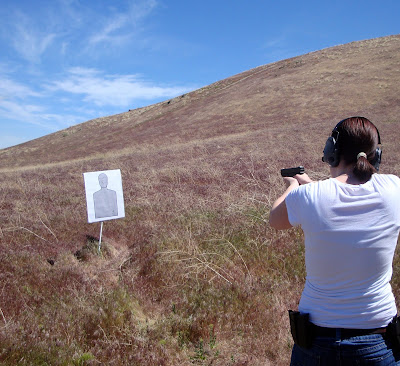 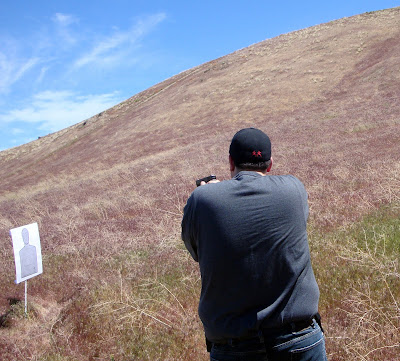 Ian and the blue sky! 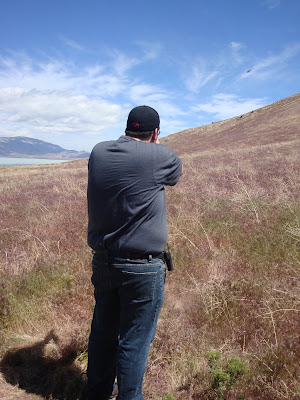 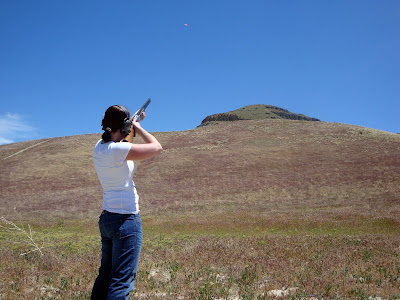 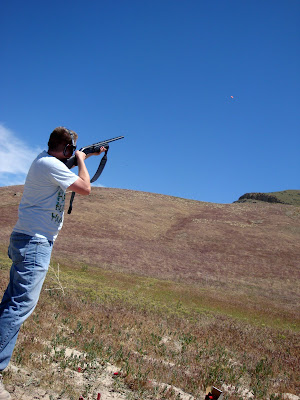 You can see his shell dropping and the skeet 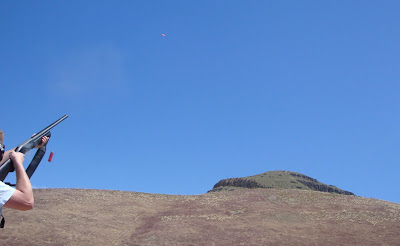 He got it if you look closely you can see its split in two! 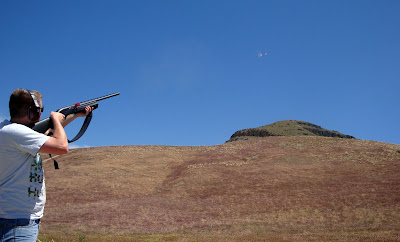 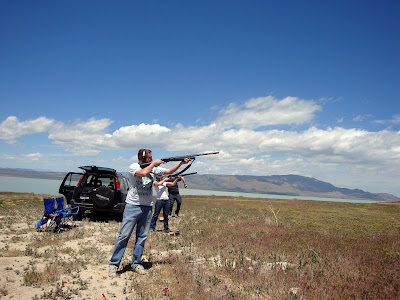 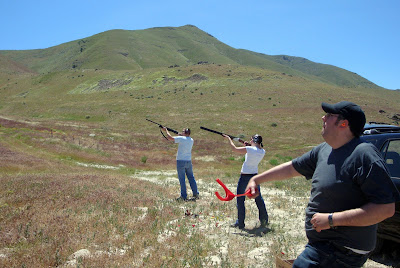 Ian has this explosive stuff. I didn't get a pic of it exploding, but it was awesome! The phone book they warped around it was blown the shreds!
I don't remember the name of this gun. He said its like the ones they use in the Military though! 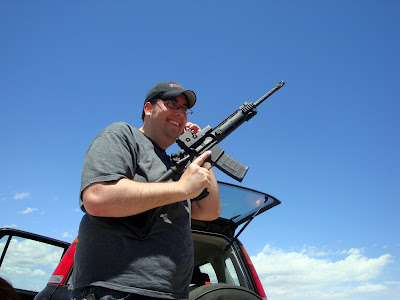 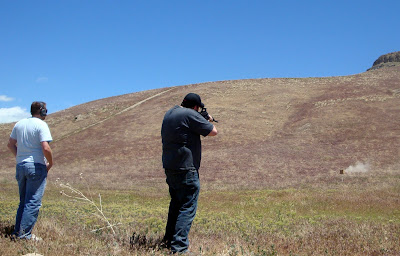 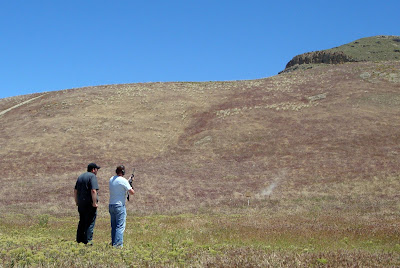 After this we went to Los Hermanos to get some grub!  It was a very fun day. I got burnt, but Its turning into a nice tan. I wore my sunnies so I look like a raccoon :)
Shotgun Shooting